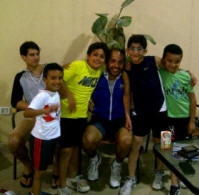 According to Wikipedia, Attention Deficit Hyperactivity Disorder (ADHD, similar to hyperkinetic disorder in the ICD-10) is a psychiatric disorder of the neurodevelopmental type in which there are significant problems of attention, hyperactivity, or acting impulsively that are not appropriate for a person’s age.

These symptoms must begin by age six to twelve and be present for more than six months for a diagnosis to be made.[6][7] In school-aged individuals the lack of focus may result in poor school performance.

The steps are simple: to help the kid, we need to make him focusing on the ball while finding the exact length of a training session.

I have been working lately with a ADHD player and it was the first time I was dealing with such a case, and my first encounter with that condition.

Attention deficit hyperactivity disorder is the scientific name for such cases that affects about 6-7 % of children. Medications are only recommended as a first-line treatment in children who have severe symptoms.

Such cases have a problem in concentration, dealing with people and always being hyperactive which makes controlling them at home or school a hard mission.

Through squash sessions the boy’s parents discovered that his concentration at school and his studies has improved.

After asking a specialist, he recommended to continue playing squash as the kid keeps his eye on the ball which increases his mental focus.

We have been working with a training schedule under the supervision of his doctor, who fixed the time that the kid should play in every stage.

We are starting with 20 continuous minutes and we should reach 30 minutes by the end of April. Training sessions seem to work as well as medicine and we hope that one day he won’t have to take any of it to feel normal.

Let’s make it clear that… actually I am just a squash coach not a doctor, but I felt proud that squash could make such progress in a kids life. That’s why I liked to share it with everyone. 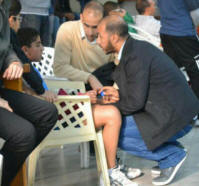 Squash isn’t just a sport, it’s a lifestyle. Not everyone will be champion!!