Squash is a popular sport with many participants in South Africa and worldwide. There are approximately 15 million players in 135 nations.

The small dimension of the squash court occupied by two people, swinging racquets and a small ball potentially travelling in excess of 200 km/hour, with the ability to penetrate the eye socket, contribute to a high risk of eye injury in this sport.

Internationally, squash has been reported as either the first or second highest ranked sport associated with sports related eye injuries. These injuries are almost completely preventable by protective eyewear.

Standards approved polycarbonate eyewear is the only appropriate eyewear, protective against squash eye injuries. Most prescription lens materials can splinter on impact and other unsuitable types of eyewear, such as open eyeguards, may contribute to these injuries. 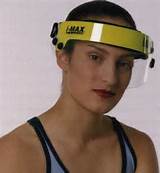 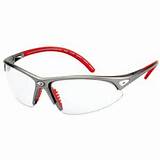 In a recent survey conducted in Australia it was found that fewer than 10% of players actually wear suitable eye guards when playing squash. The survey also established that many players who use inappropriate eyewear believe it to be suitably protective. Competition players tend to use protection in matches but not during practice.

Players found the glasses to be limiting in vision and fog up when perspiring. Eye wear manufacturers are endeavoring to improve the quality of this and keep coming up with new lenses.

Squash bodies around the world have made eyewear compulsory for all junior players. They are hoping that once this generation of squash players reach adulthood they will see the benefits of protective eyewear and continue to use them at all levels.

Make sure your child wears protective eyewear when playing squash.